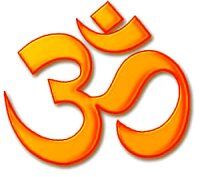 One of several faiths originating in India, Hinduism is generally acknowledged to be the oldest present existent religion known to mankind. Hinduism is practiced primarily by its adherents in India. The Hindu trinity of Lord Brahma, Shiva and Vishnu form the triumvirate who oversee the entire cosmos and its inhabitants. Unlike the monotheistic religions of Judaism, Christianity and Islam, Hinduism posits no central God. Indeed, the very foundations of Hinduism, the Vedas talk about the different aspects of gods that are standards of excellence in their own right and to which men should aspire to achieve. The Vedas are the oldest texts of the Hindu religion and are worshiped and revered by millions of Hindus throughout the world.

Hinduism is one of the oldest religions of humanity, having no identifiable founder, and calls itself a revealed religion, based on the Vedas. It is sometimes called sanathana dharma, the eternal path or ancient wisdom. Hindus believe everything is Brahman, the eternal, beginningless, unmodified basis of all. Generally, a Hindu is anyone who is born into a Hindu family, and has received the Hindu sacraments called samskars and follows Vedanta as their way of life. A Hindu is a person who is devoid of violence, who loves and sympathises, who helps and saves, who keeps away from inflicting injury on others. The four pillars of Hindu thought on human life are Karma (action), Janma (birth), Dharma (righteousness, right conduct) and Brahman (the unmodified basis of all). Karma causes Janma. Janma occurs for the purposes of pursuing Dharma. The pursuit of Dharma through Karma, eventually leads to the realisation of Brahman.[1]

Sanathana Dharma is sometimes called the Eternal Universal Religion; sanathana means ancient or eternal; primeval, beyond the beginning. Wherever Sathya (truth), Dharma (right conduct, righteousness), Shanthi (peace) and Prema (love) are taught, in whatever religion or language, by whichever teacher, wherever he may be, that is said to be Sanathana Dharma'.[2]

Sanathana Dharma is not a matter of time and space, to be modified and adjusted to the needs and pressures of the moment. It means a number of fundamental principles that should guide mankind in its progress towards inner harmony and outer peace. It is said dharmam moolam idam jagat (dharma forms the basis of the Universe), that everything has its dharma. It is the dharma or basic capacity of fire is to burn; when the burning power is lost, it ceases to be fire; it becomes charcol. For ice, its Dharma is coldness. When ice loses its coldness, it ceases to be ice. Man's Dharma is Righteousness, which implies harmony of thought, word and deed. The unity of body, speech and mind promotes purity and sacredness in man. This triple purity of thoughts, words and deeds constitutes true humanness. All actions should be pure and in accord with the dictates of conscience. The dharma of man is to speak the truth and adhere to righteousness.

Retrieved from "https://religion.wikia.org/wiki/Hinduism?oldid=280503"
Community content is available under CC-BY-SA unless otherwise noted.